I borrowed this blog title from a recent countdown article by Brian Conin and the folks at Comic Book Resources, named “15 D-List Superheroes Who Went A-List.”

For the uninitiated, “A-List” heroes are big name characters known across the globe:  Superman, Wonder Woman, Batman, Spider-Man, and so on.  In the past decade, Iron Man joined this group due to Robert Downey Jr.’s iconic portrayal in the Marvel movies.  (Before then, people considered Iron Man more of a “B-List” hero.)

“D-List” heroes fall much further down the rankings.  These are the obscure, silly, and often forgotten characters no one really cares about.  Only super fans know about these heroes, including where and when they appear in comic books and other media.

Movies and television, however, have done an amazing job of bumping up the status of many lesser-known characters.  Take a look at CBR’s list to find 15 heroes you probably never heard of before they appeared in film or TV.

Better yet, watch the recently released trailer for Guardians of the Galaxy Vol. 2 (coming Summer 2017!) to see FIVE of these former D-listers in action:

That new telepathic character adorning antennae near the end is Mantis, and I’m willing to bet she’ll become another D-list-to-A-list hero in the upcoming year.

The whole letter-grade system (A, B, C, D, etc.) is at the front of my mind this time of year, near the end of a semester.

This is when many teachers spend overtime scoring tests, reading final papers, perusing projects, and altogether compiling grades. This is also when numerous students suddenly become obsessed over every single grade for every single assignment.  (For some reason, too many students don’t seem to care until the last minute.)

Unfortunately, letter grades can easily get too much focus in place of more important outcomes. 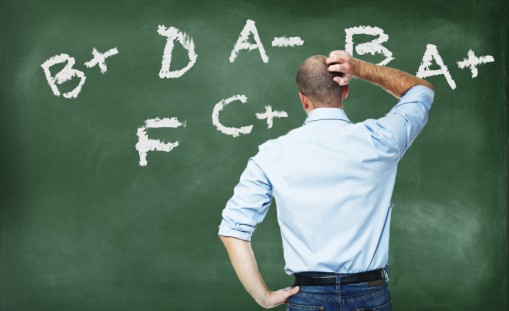 Grading has many critics, such as Alfie Kohn, who calls grades “relics of a less-enlightened age” and cites research about their negative impact on student learning and motivation.  You can read more in the NEA Today article, “Are Letter Grades Failing Our Students?” and learn about alternative ideas used in different states and districts.

One of my favorite stories is of the Central Park East elementary school, known for its progressive “whole child” approach to education in inner city Harlem.  In one of her books (The Power of Their Ideas, I believe), former CPE principal Deborah Meier describes how they removed their A-B-C grading system in favor of “Satisfactory” and “Unsatisfactory”-type ratings.  Soon, however, they added an “Advanced”-level designation.  Then they decided to include a +/- system to further delineate student performance.

In other words, they went from A-B-C-D to A-S-U, plusses and minuses and all.

I’m not saying grades are good or bad, but they certainly have become entrenched in most educational systems.  The key is to focus on learning and growth, with grades providing one type of data to guide teacher decisions and communication.  Also, it’s important to remember the differences between “assessment” and “evaluation.”

I highly recommend reading Thomas Guskey’s article “Making the Grade: What Benefits Students?” in the ASCD’s journal Educational Leadership.  You will find a useful section at the end that provides a historical summary of grading practices and research through the years.

Most importantly, teachers can consider how to reach and teach ALL of their students, regardless of past academic performance.  With the diverse range of strengths and weaknesses in a given classroom, one’s definition of success can differ greatly.  Find ways to engage each student, equipping them for further achievement and advancement.

Consider how various superheroes have changed from being jokes, relics, or “one-offs” into major players or even champions of their universes (and publishers).  In many cases, this transformation did not occur just because of a Hollywood appearance.  It also takes someone (or someones) to see potential in a character and give him or her the attention they deserve.  Often, it includes a unique perspective and innovative approach.

The same goes for students in our schools.  Not everyone is a Superman.  But they could be a Star Lord.

Who knows?  Maybe the next Squirrel Girl is sitting in your very classroom. 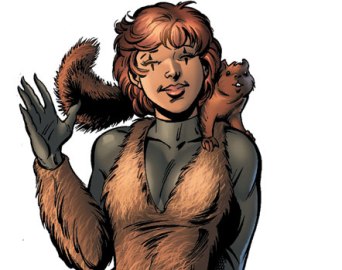