As an added perk, I get to dress up like a superhero.  (One of my students even said I looked like a Hogwarts professor – Wingardium Leviosa!)

Besides Halloween, when else can someone strut their stuff in a color-coordinated, velveteen-trimmed billowy costume (i.e. regalia) without receiving strange looks?  It’s like academic Mardi Gras.

Pronunciations are important. How important?

With comic books being a visual medium, readers may have seen a superhero’s unique name for years but never heard it spoken out loud.  When we hear the audible title, the correct pronunciation can be surprising.

Take DC villain Darkseid, for instance.  First introduced in 1970, this big baddie predates  the Star Wars movies by several years.  But his name is pronounced “Dark Side.”  (For the longest time, I thought his name sounded like “dark seed,” which is more menacing in my opinion.)

Or Namor the Sub-Mariner.  When I see his name, I still hear it as “submarine-r,” sounding like the underwater vessel with an “r” at the end.  (Like a trucker who drives a truck.)  Actually, the name of Marvel’s first mutant got its inspiration from the Coleridge poem, “The Rime of the Ancient Mariner,” and the emphasis is on “mariner” like a sailor or Seattle baseball player.

Here is an article about commonly mispronounced superhero names.  And we haven’t even talked about folks like Ra’s al Ghul, Ka-Zar, and half the Green Lantern Corps.

Let’s not forget about all kinds of odd-sounding objects, too, like the Crimson Gem of Cytorrak, the Eye of Agamotto, or Thor’s mystical hammer Mjolnir.

Mispronunciations are not a problem exclusive to fictional characters.  All kinds of comic book creators have hard-to-pronounce names (Quesada, Nicieza, Madureira, DiDio, Lee).

In fact, during the ’90s Marvel produced an official pronunciation guide for many of their writers and artists:

Most of this tongue-twisting is light-hearted.  But think of more serious repercussions in education. 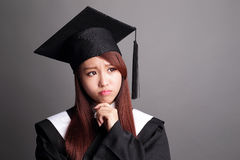 Witness the blushes and giggles (or worse, the cringes and frowns) at a graduation ceremony.  What should be the triumphant celebration of a student’s academic career becomes an uncomfortable, clumsy moment.

Consider the same unfortunate effects in the classroom.  How many students shudder at the sound of a teacher messing up their name during roll call?  This occurrence is not limited to back-to-school season, either.  Some botched names continue unnecessarily for months.

Here’s an interesting article by Ed Week about students and educators raising awareness and appreciation for diverse and difficult names.  Titled “Mispronouncing Students’ Names: A Slight That Can Cut Deep,” it tackles a lot of issues you may not even consider when reviewing your classroom roster.

What’s the worst way someone has mispronounced your name?  How do you handle it as a teacher?

Here’s one strategy I learned to use in my teaching:

During the first days of school, I have my students complete a handout sharing different bits of information.  One line on the form asks students to write their names as they are phonetically pronounced, as well as what the student would like to be called.

This may seem like overkill, but it comes in handy and reduces one more hurdle in promoting positive student-teacher relationships.

For instance, is Cara pronounced “Care-uh” or “Car-ah?”  Since I read her information sheet, I already know. I’ve also had students that go by middle names, initials, or something different than what’s written in their official records.

I’ll be ready when I have Mr. Mxyzptlk in class.  Will you? 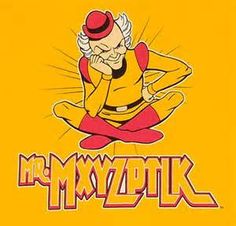 Don’t get riled up by this blog post’s title.

We’re not talking about Charles Darwin and biological evolution.  Although if you’re into that stuff, you can find all kinds of humorous imagery like this:

And if you like teacher accessories, you can snag this image on a mug, t-shirt, apron, mouse pad, and more HERE.

The type of evolution this post deals with is that of teachers (inspired by superheroes, of course).

YouTube user (and movie fan) Burger Fiction has put together some nifty videos highlighting every film and television appearance of various superheroes.

The most recent hero featured in these videos is Marvel’s Captain America, which you can watch here:

What I find most significant in these highlight reels, though, is the ongoing development and expansion of each character over time.  Like these heroes, effective teachers undergo change and growth through the years.

This is where the term “evolution” truly applies, going back to the word’s original meaning in the mid-1600s.  Thanks to the Online Etymology Dictionary, we know that evolution’s English origins arose from Latin “evolvere,” meaning “to unfold, open out, or expand.”

This same evolution process occurs for both teachers and superheroes.  And the parallels don’t end there. 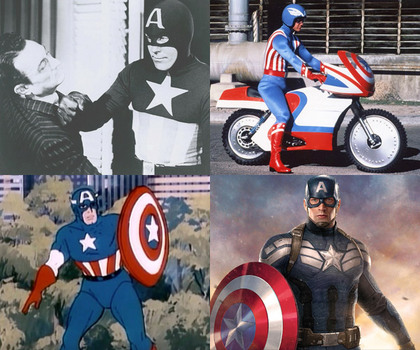 Like Captain America above, many teachers would rather forget some of the earliest footage of their work.  Everyone looks back at their initial efforts and cringes at what they see:

But observe what happens when the years go by.  As time advances, so do your abilities and confidence.  In fact, the most recent footage is downright awesome and exhilarating.

Am I talking about superheroes or teachers here?  It doesn’t matter.

Be brave and dig up old footage of your teaching.  Take a quick look and notice how your teaching has unfolded, opened up, and expanded.

Watch a more recent video of your teaching and be encouraged by your growth.  And if you find you still exhibit cringe-worthy tendencies, challenge yourself to fix those bad habits.

If you need inspiration or ideas on “teacher evolution,” here are a couple of useful articles: one dealing with National Board Certification, and another focusing on a teacher’s journey of “personal transformation” that includes burnout, pink slips, and awards.

Evolve your teaching.  You don’t need a multi-million dollar Hollywood budget, either.  Just the guts to get better.