Marvel Comics’ Wolverine has been a favorite superhero for decades, and there are so many reasons why:

I’ve always thought Wolverine’s past has been one of his coolest features, namely, that he had no memory of his past.  Over countless issues of X-Men-related titles, comic book readers saw only snippets of these lost years sporadically through various flashbacks.

We soon learned that the man known only as Logan was actually a wimpy boy named James Howlett who wore a nightshirt and cried a lot.  (A little disappointing, to say the least.) 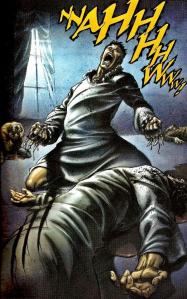 So what does all this have to do with teaching?

A recent paper in the Proceedings of the National Academy of Sciences (PNAS) summarized its study of individuals possessing super-memory, or “Highly Superior Autobiographical Memory” (HSAM).  Fewer than two dozen people (humans, not mutants) are known to have this ability.

How many of us teachers mistakenly assume our students possess superhuman memory?  Sure, we sigh and shake our heads when they forget a pencil or their homework.

But let’s be honest.  Sometimes we inundate our students with endless terms or steps with the lame excuse we’re “covering all the standards.”   (As a colleague of mine says, if you’re going to cover the content, you might as well cover it in dirt because it’s already dead.)

Formal education in America arose when memorized facts served one well in their future studies, intellectual pursuits, and careers.  But we currently live in an age where information is available in a wi-fi instant.

Sure, there are moments for memorization.  And those times are typically when we practice and apply information in useful and meaningful ways.  I remember “every good boy does fine” not because of cramming the treble clef into my adolescent mind, but as a result of spending hours practicing, playing, and performing.

Here’s something interesting from that PNAS study of HSAM humans:  It turns out that individuals with super-memory as just as susceptible to manipulation as the rest of us.  This includes distorting data or adding false memories that never existed.

You can read a summary here from Discovery Magazine and find the whole report here from the National Academy of Sciences.  Good luck remembering it all.

Sadly, not many superheroes are known for their super-memory, and a quick Google search will find you these USB-compliant gems:

It turns out that Logan/Wolverine/James Howlett eventually did regain all of his memories at the end of the House of M mini-series event (by Brian Michael Bendis and Olivier Coipel).  Along with a whole slew of mutant/magic messiness, Wolverine with memories was now a little less cool.

I’d love to have super-memory.  It’d help me remember the last time I wore a certain outfit so I don’t repeat it a week later.  (I’m sure my students remember particular shirt-tie-pants ensembles.)

But most of us have normal human-level memory abilities.  The kind that forgets from time to time, but remembers when the information is relevant, useful, and encourages further learning.

Something for all of us to remember . . . 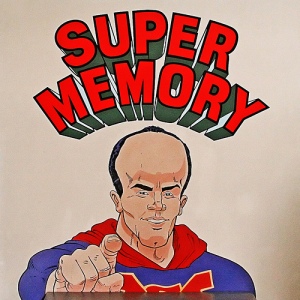 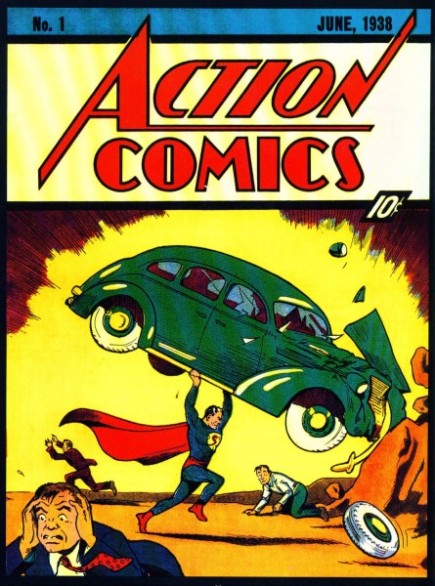 The year 2013 is the 75th anniversary of Superman’s debut in Action Comics #1.  Jerry Siegel and Joe Shuster’s creation paved the way for countless superheroes in the years to come.  (Thanks, JS2!)

The year 2013 also marks the 100th anniversary of E.L. Thorndike’s Educational Psychology and the 60th anniversary of B.F. Skinner’s Science and Human Behavior, both of which have shaped countless teachers’ classroom instruction.  (Thanks, ELBF!) 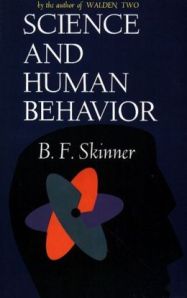 Who knew Skinner had his own insignia?

Given such a momentous year, why not celebrate both superheroes and teachers?

Teachers have a lot in common with superheroes.

Both have superpowers and specialties.  Flight.  Invulnerability.  Does whatever a spider can.  Can leap tall buildings in a single bound.  Can get a class of first graders to sit still and listen to a story.  Can inspire teenagers to apply algebra to their personal budget.  Possesses the stamina to grade a hundred essay exams in under five hours.

Both endure never-ending trials and tribulations for the cause of good and the greater benefit of others.  Teachers may not save the world on a daily basis, but they can make a difference in individual lives one day at a time.

And so as we celebrate both teachers and superheroes, consider how these professions—no, let’s call them what they truly are—consider how these callings contain so many similarities in their assorted traits, triumphs, tragedies, and more.

This blog (and someday book) hopes to share the joy of teaching and superheroes, recognizing classic works and cutting-edge innovations found in classrooms and/or comic books.  Look for resources, reflections, applications, and more in this ongoing adventure!

Daniel J. Bergman, Ph.D., enjoys both teaching and superheroes.  That makes him a supernerd.