Thanks to @reddit_user_1948, now we know which Avenger is the most talkative:

These results are based on comparing dialogue from the six original Avengers in the Marvel movies, summarized below:

Dialogue in the classroom is another topic of extensive study. In such research, teachers are like Tony Stark in that they dominate the spoken word.

One of the most well-known researchers in classroom interactions is Ned Flanders.

(No, not this Ned Flanders.)

No mention of cause and/or effect here, but one could also consider the advice of Harry and Rosemary Wong (First Days of School), who note that those who are “doing” more are the ones who are learning more. In this case, it stands to reason that classrooms with higher rates of student talk (on task) would result in greater student learning.

Instead of Tony Stark/Iron Man, perhaps teachers should look to less vocal heroes like Hawkeye, the archer Avenger. Following Hawkeye’s example, teachers can use fewer words with more precision. 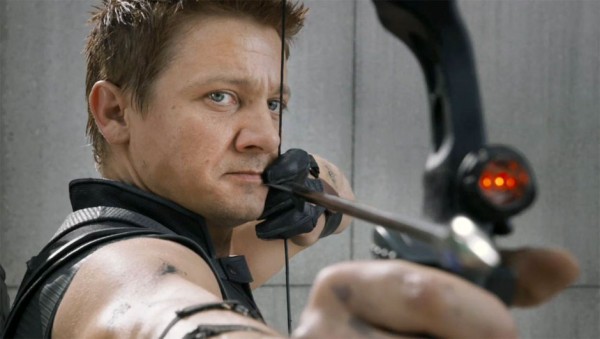 Like well-aimed arrows, teachers could use purposeful questions and prompts to engage students, assess understanding, and guide discussion.

Additional research has found that of the 80,000 or so questions teachers ask annually, 80% of them are low level, requiring simple student responses without much thought (Gall, 1984; Watson and Young, 1986).

Like the Flanders research, some of these studies on teacher questioning are several decades old (“classic”). Effective teaching is timeless, however.

No matter how much you talk in the classroom, be sure to make it count. Be intentional in your speech with planned questions and responses to engage students in thoughtful learning.

At the same time, be thoughtful in your own teacher talk. Be flexible and nimble, too, ready to “ad lib” when necessary.

After all, one of Tony Stark’s most memorable movie lines was improvised. Maybe you remember this ending to the very first Iron Man film:

Here’s the “behind-the-scenes” story of this famous line, which was instrumental in shaping the entire Marvel Cinematic Universe. Consider how teachers’ words in the classroom can be equally impactful toward student learning and interest.

Adding some humor helps, too.