The next BIG superhero movie coming to theaters is The LEGO Batman Movie!

In a promotional stunt, LEGO Batman appeared alongside LEGO superheroes from DC Comics’s CW television shows, which you can check out below:

What makes this video clip special is it is the first time DC superheroes from the CW TV channel (Green Arrow, Flash, Supergirl, The Atom) have merged with a DC superhero from the movies (Batman).

Actually there’s been a lot of chatter among fans, critics, and industry reporters about the pros, cons, and possibilities of merging film and TV-based superheroes.  These are characters that come from the same comic book universe, but are featured in separate media outlets–theatrical, broadcast television, or streaming.

DC, for example, has Batman, Superman, and Wonder Woman dedicated to film, along with other heavy hitters from the Justice League (Green Lantern, Aquaman, Flash).  This gets problematic, however, since The Flash also stars in his own television show on the CW (as do Green Arrow and Supergirl, who has also met a TV version of Superman).

Confused?  You’re not the only one, and some people argue these two “universes” should stay separate (see here and here).  Others think there could be a way to have a crossover of sorts between TV and Film (read more here). 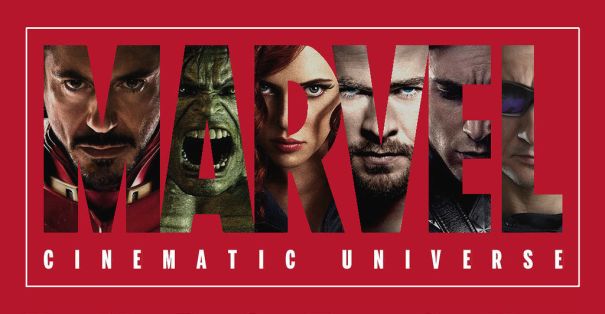 More intermingling makes sense for Marvel superheroes, since theoretically, many of these characters actually DO live in a single universe shared between the movies (Avengers, etc.) and television shows (Agents of SHIELD, Agent Carter, Daredevil, Luke Cage, etc.).

Some people claim Marvel could and should have film and TV shows cross over.  Others point out that such an event would still be a monumental and unwanted task.  And that’s not even dealing with different Marvel heroes contracted out to different movie studios (e.g. X-Men/Fantastic Four with 20th Century Fox, although Wolverine actor Hugh Jackman said he’s happy to meet the Avengers sometime). 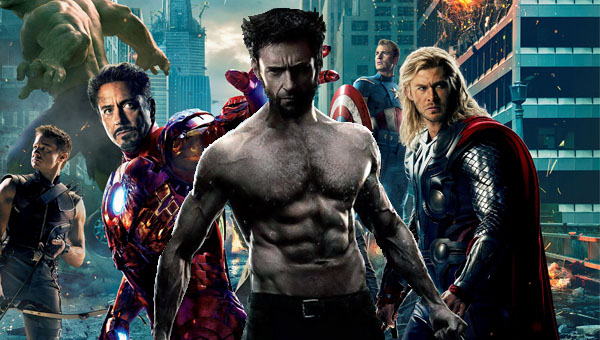 Sorry, Wolverine.  No shirt, no crossover.

While not requiring millions of dollars, the habit of teachers collaborating can also seem like a difficult ordeal.  But it’s worth it, with research finding higher student achievement in schools with higher levels of teacher collaboration.

We’ve talked before about teachers getting along with other teachers and here’s another resource with useful teacher collaboration ideas, including virtual tools, co-planning, scheduling, and more.

The Teacher Channel’s blog “Tchers’ Voice” shares commentary on learning from teachers of different grades.  The blog post is called “Pathway to Collaboration,” and it’s just the tip of the iceberg.  Challenge yourself to find new ways to team up and learn with colleagues in your building, district, and beyond.

Sadly, there’s not much else out there about cross-grade teacher collaboration, although someone did do a doctoral dissertation on this topic.  (If you need a little light reading, you can find the entire 418-page document here.)

I’ll conclude with examples of insight gained and projects accomplished when my world collided with those of other teachers.

No movies or television projects yet, but maybe someday.