It’s been a while since our last blog post and we have all kinds of critically important issues to talk about, starting with . . . OH YEAH!  AVENGERS: AGE OF ULTRON super-duper blockbuster opens THIS WEEKEND!

The latest greatest superhero movie can provide a useful springboard for exploring the dangers of relying too much on technology (e.g. resulting in an evil sentient robot that tries to kill all humankind). Forget a vengeful Ultron or iPad; beware of students plugged in but tuned out to meaningful learning.

We’ll table that discussion for another time, however, given recent chatter about another famous Marvel character who may possibly join Earth’s Mightiest Heroes on the big screen:  Spider-Man.

Thanks to Photoshop, we already have a poster!

Like Captain America and company, Spider-Man is a mainstay Marvel Comics character. But up until now, everyone’s favorite web-slinger has appeared in his separate series of movies due to film rights owned by Sony Pictures.

Confused? Don’t worry, because bigwig producers have signed important papers and the stars have aligned and now Spidey can swing along with the Avengers in the official “Marvel Cinematic Universe,” or MCU.

Enthusiasm has erupted for integrating even more heroes in the movies. Speculation abounds if Marvel’s other movie heroes – the X-Men, the Fantastic Four – could ever merge into the MCU.  Even Wolverine’s Hugh Jackman wants to join in the mix. 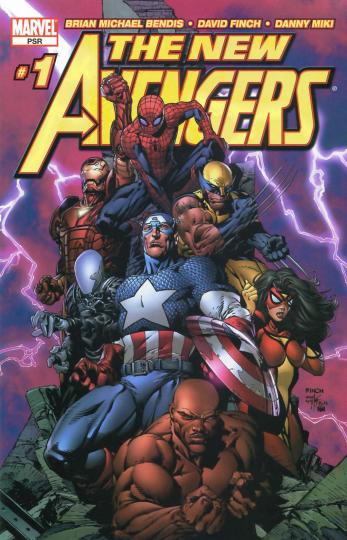 Coming to a movie theater near you?

Such integration of superheroes (a.k.a. worlds colliding) may appear as a bounty of riches; but there could be a downside.

Ever heard of too much of a good thing?

A common feature of disappointing superhero movies is a glut of characters in the script. Spider-Man 3 had Sandman and Venom and the Green Goblins clogging the villain faucet. Batman & Robin was actually Batman and Robin and Batgirl and Poison Ivy and Bane and Mr. Freeze. Superman III had Richard Pryor.

Proving that “Two’s a Crowd.”

Curriculum Integration in schools is another appealing mash-up that may have a hidden downside or two.

Basically, integrating curriculum is what teachers do when they teach lessons combining two or more major subjects or disciplines. Examples are as obvious as teaching algebra and graphing with a science experiment, and as unique as an instructor’s imagination. I know of a middle school that features a building-wide interdisciplinary unit all about the Greek Olympics. Every class studies some aspect of the ancient athletes – math, history, language arts, visual arts, science, P.E., and more.

Sounds neat, right? And perhaps a little daunting to pull off, given the coordination of teachers, resources, and activities. But that’s just a challenge, not the downside. The upside is collaborative educators and students energized by explicit and relevant connections among various scholarly endeavors (subjects).

The danger of curriculum integration in classrooms is similar to those in superhero movies. Cramming in too much can end up in confusion and misconceptions. Content may be watered down, spread thin, or lost in the shuffle.

Take a minute to look at this article, “A Caveat: Curriculum Integration Isn’t Always a Good Idea,” by Jere Brophy and Janet Alleman for a more robust examination of this strategy. Better yet, print it out and read it while you wait in line for your Avengers movie tickets. Or download it on your portable digital device.

Technology can be great. So can curriculum integration. Just be careful.