Spoiler Alert:  This blog post starts not by talking about superheroes or teachers, but Star Wars.

Star Wars isn’t too much of a stretch.  It’s basically superheroes in space.  And Yoda was a pretty good teacher.  (A pretty good teacher, Yoda was.)  Plus, you can find gobs of Star Wars comic books, including Marvel’s newest series (which has been flying off the shelves). 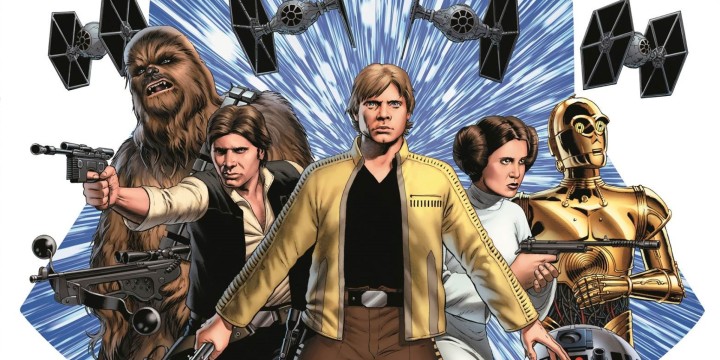 So why Star Wars?  The new movie won’t amaze audiences for another three months.  But this weekend saw the much-ballyhooed “Force Friday,” which is “Black Friday” for Jedi Knights.

I have not scooped up any Star Wars merchandise yet, nor have I taken a look at any extensive previews or reviews.  You can bet your sweet bantha I’m interested. At this point, though, I’d rather not spoil anything about the movie, which is still a hundred days out.

Think I’m crazy?  It’s happened before.  Back in 1999 during the weeks BEFORE the release of Star Wars Episode I: The Phantom Menace, anyone who scanned the back of the official soundtrack would have seen this: 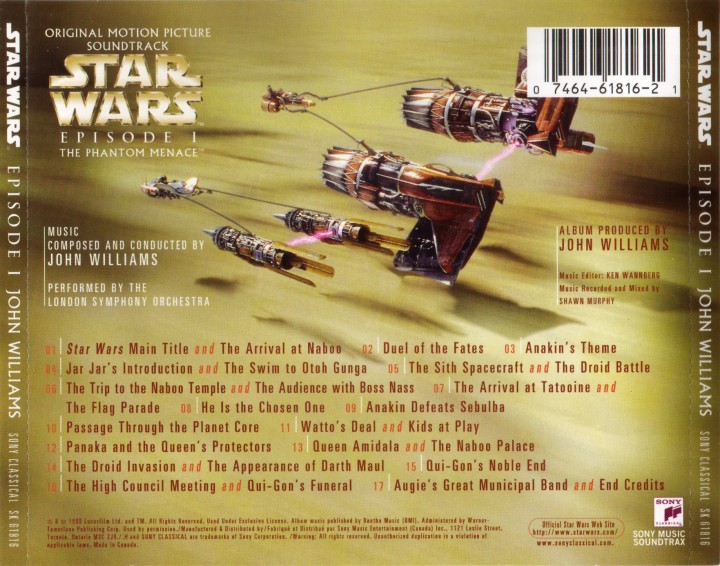 I remember my very first spoiler–the granddaddy of them all.  It happened in the teacher’s lounge over lunch.  A colleague of mine was rambling about the movie The Sixth Sense, and finished her rant with “And the whole time he’s actually DEAD!”

(Spoiler alert, by the way.)

Superheroes also struggle with spoilers.  Not the Spoiler, who’s actually a nifty heroine known to buddy up with Robin and Batgirl from time to time. 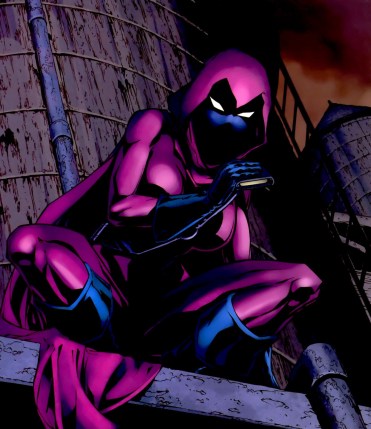 Teachers must also balance their instruction to maximize student learning.

Teaching is NOT telling.  Research continually reveals that learning does not occur by merely absorbing information. Students must be mentally active:  examining phenomena, discussing with others, and wrestling with ideas.

Teachers must cultivate cognitive change, but they shouldn’t spoil the process by burying students with trivia.  Resist the urge to reveal everything, even if students beg for answers.  A little help is okay, but too much assistance leads to dependency.

So how do you nurture learning without spoiling it?

One useful strategy is to replace your statements with questions. Instead of saying, “It’s like this,” or even “Look at it this way,” you can ask, “How else could you look at it?”  This approach works when responding to students’ comments, too.

Rather than answering a student with “That’s right” (or “That’s wrong”), respond with “How do you know?” or “What do the rest of you think?”  Consider the power of putting the onus of thinking on the students.  As a bonus, you increase conversation and opportunities to go further and find out what they truly understand.

This habit of replacing statements with questions won’t fix everything.  But it’s a good start.  Of course, there are plenty of times when this strategy doesn’t work.  Take a look at the article, “We Still Want to See the Teacher,” by Baines and Stanley (2001).  I won’t spoil anything, but look for examples when lecturing can be effective.

Still need help in making your teaching spoiler-free?  Put this inspirational quote somewhere in your classroom and/or planner: 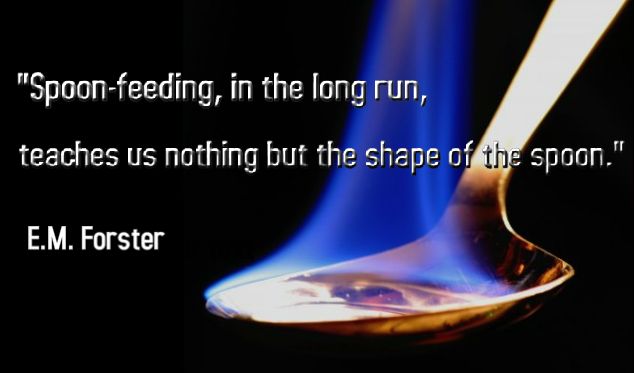 If that visual cue doesn’t help, keep a spoon in your pocket at all times. You can probably find a Star Wars or superhero spoon online as easily as you can find spoilers about the next blockbuster movie. 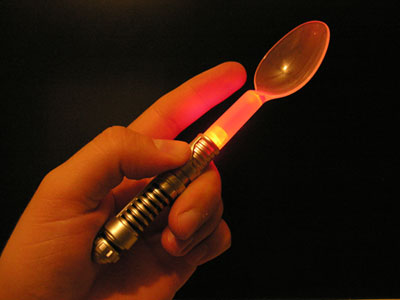